There is plenty of evidence behind the impact poor air quality has on our performance and our health. Naava is changing the game by bringing nature inside. We spoke with one of Naava’s Co-founders about his entrepreneurial journey and motivations to start his company.

We spend so much time indoors in our workplaces that we take for granted, the undeniable effects nature and fresh air have for our wellbeing. In fact, several research studies point out, that our cognitive and decision-making performances are improved indoors when there is better ventilation, which equals better worker productivity.

In Finland, having easy access to forests and fresh, clean air, is almost effortless to enjoy daily. However, accessing nature on a daily basis can be complex in bigger cities around the globe. In extreme cases, you have to get ill for your employer to take action in improving the indoor air quality — and that is, being super positive about the situation.

We had the amazing chance of interviewing, Aki Soudunsaari, an ex-sports and wellbeing teacher who believes that bringing nature inside should be the norm in the indoor spaces of the future. Together with his co-founder, Niko Järvinen, they embarked on building Naava and improving the indoor air quality in offices and buildings all over the globe. Read below what Aki had to say.

“I’ve always been setting up new things and thinking differently. I’m originally a physical education and health science teacher. I’ve been studying leadership, how people learn and how they behave. ”

Aki started his entrepreneurial journey back in 2007 when he founded his first company together with his university colleagues. Summertime in Finland is pretty dead, and getting creative to earn some income during this time was the only way out. Aki and his colleagues started a summer sports school for children and prep courses for students that wanted to get into sports and health sciences, “ we didn’t have any mission or vision back then, we just set it up as a tool to earn some study money”, explains Aki. That first company grew, creating tens of thousands in revenue, but later on, got sold to a competitor.

Being this, his first entrepreneurial endeavor, later on, Aki found himself doing sports and health coaching for companies, including CEOs of billion dollar ones. After that, he worked in the academia for a few years where he spent his time working on his Ph.D. whose topic was “How to Build Winning Venture Teams”, the research focused mainly in tech and internationally-led ventures.

Q: What is the who, the what, and the why behind Naava?

“Reconnecting humanity with nature in a building environment is our mission. ”

Naava makes smart green walls designed to purify air and bring a piece of nature to the building environment where we spend the majority of our time. Naava’s journey began with solving a problem “ in 2008 I was teaching both physical education and health sciences in schools, one of the schools had very bad indoor air quality” says Aki, where several months later he found himself with sinus infections, losing his voice and brain fog type of symptoms. Aki told us that he started to notice a pattern that every-time he would go inside the building he would get sick, but as soon as he was out in nature, the symptoms were gone.

Later on, he told us, that he met Niko Järvinen, who at the time was doing bio water cleaning using biotransformation technology. Conversations later, they both started to wonder if they could mimic what nature does outdoors with plants and trees, enhance that with technology and bring that inside. Pilots for that initial idea started right away, “we started piloting these active green walls where we use microbes in the roots of plants to clean air and combine nature with technology”, Aki recalls.

Q: What are the technicalities behind each Naava wall?

“Naava is a furniture- like green wall. Plants are only a decorative part of the system. We draw air through biofilters where we activate microbes to clean air, it’s called biotransformation. ”

Naava is a high tech, furniture-like green wall, that works as a self-standing product “we build it, you plug it in and it works”, says Aki. The Naava wall cleanses air from different chemicals and particles. Each Naava wall uses sensor data and adjusts the system automatically based on the variations in indoor climate. “If the humidity drops tomorrow, it forecasts that, and tries to increase humidity today”, explains Aki.

At this point, you’re probably blown away, but on top of this, inside each Naava wall, there is a fully automated watering system, air ventilation system, and lighting system that is remotely controlled through GSM and uses AI to optimize indoor air quality and humidity. (Yes, I’m sold)

Q: As a startup founder, what did success looked like to you at the beginning and how does it look now?

“The first few years it was just to prove ourselves: does it really work? It’s a unique technology, we didn’t know it worked until our first experiences and first research studies.”

Entrepreneurs always highlight the “follow your gut” feeling when building your company and this was no different for Aki and his co-founder Niko. After a few years into Naava, they started to get customer feedback that Naava was really working and had even relieved symptoms for people in similar situations as Aki once had with indoor air quality.

Later on, some Harvard Medical School studies came out and showed that people’s cognitive performance is lower in a room where the air quality is not good — which was exactly what Naava had been trying to improve with their green walls. At that one moment, success was all about validating their product through research and customer feedback and they did achieve that.

Nowadays, Naava is focusing on building sales and maintenance channels but also scaling as fast as they can. Naava’s mission is to bring the Finnish standard of “fresh air” to every corner of the world through their green walls.

Q: What are your days like and what are some future plans?

“For an entrepreneur, it is always about problem-solving and deciding where to spend your energy on .”

Aki spends his time in between their offices in 3 different continents; however, he tries to spend the majority of his time in Helsinki. Together with fundraising plans in the near future and some exciting campaigns for the B2C customers, Aki’s days are varied.

“42% of our B2B customers always ask in the first meeting, can I get Naava at home? “, Aki told us, so this is a new focus area to explore. Aki has also had Naava at home, and that feeling is something he is eager to share with people. At the moment they are sorting out the price and maintenance model, to be able to launch Naava for home use.

Q: What are some of the key highlights in Naava’s journey?

“When people believe what we believe in, it is very encouraging. This is mentally better than someone who only wants to buy our product. ”

Aki highlighted the 2.2€ million in equity they raised with crowdfunding in Stockholm together with a good amount of feedback — 75% of those people were mission-driven and loved Naava’s mission, which was very encouraging for them. Naava has also won design awards and has been featured in different prestigious media such as The Wallstreet Journal, Wired, FastCompany, etc. Personally, for Aki, one of the best was to be selected as “one of the best places to work at in Finland” in 2017.

Q: Based on your experience and background, what really matters when building a team and company culture?

“One of the best definitions I’ve bumped into “what is a winning team?”, is that “it feels different on this team”. It’s simply a feeling that you can’t pinpoint it to this or that. ”

Building a company culture comes down to breaking down human behavior and understanding what makes a person happy and healthy. After that, figuring out how to combine those very basic aspects of human behavior into your company culture, for example, asking yourselves: Is there a bigger meaning that we’re walking towards together?

Aki mentioned that in the case of Naava, there are over 22 thousand people in the world enjoying clean air inside their workplaces and being happier, thanks to Naava and their team of 50 hardworking people. “There is also the cornerstones of a company culture, like values and leading thoughts that you create together with your team” Aki clarified, which are important to discuss every certain amount of time, “we’ve defined our values 3 times during the past 6 years. We need to do it again this fall because there are new people coming in”, Aki added.

Q: What healthy habits would you recommend to fellow entrepreneurs?

“I have a rule with what I eat: each time there should be 25 grams of protein in my food. That means, I don’t eat shit.”

Naava has a vision, a mission, to deliver high quality natural air to all indoor spaces. Using cutting edge technology, and inspired by the purest air in the world, we have developed beautiful green walls which naturally purify the air we breathe. 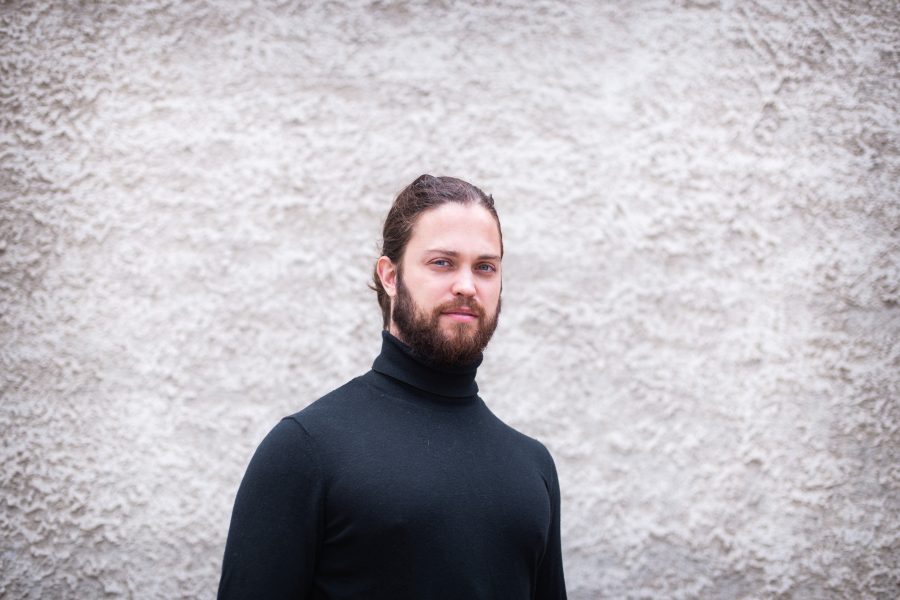 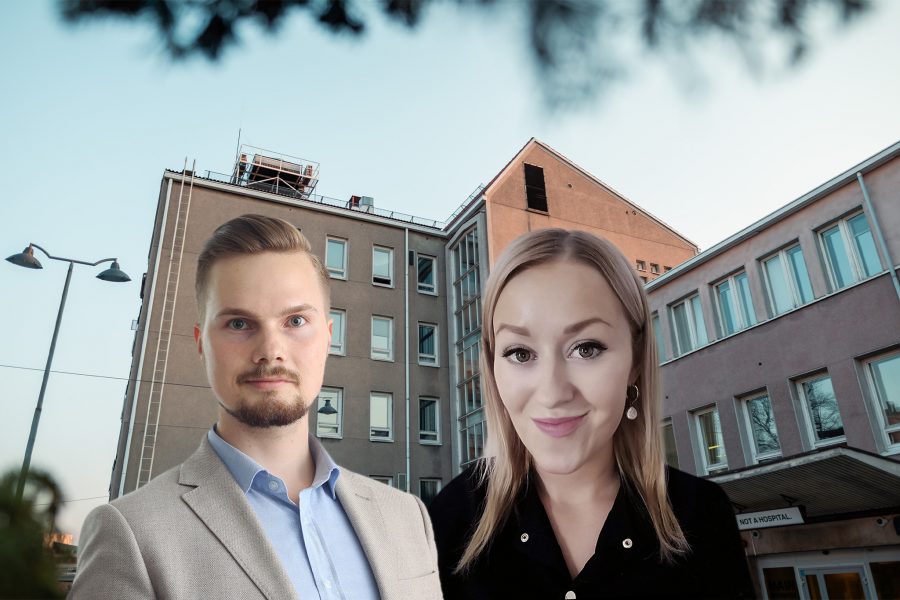