Maria 01 put together a survey to find out the impact of the crisis in the Finnish Startup Ecosystem. Here are our findings.

During the shift in the economy caused by COVID-19, many industries and companies have had to make drastic decisions to survive. Companies have pivoted, made changes to the reach of their products and services, and forced to change their offering.

Maria 01 surveyed the Finnish startup ecosystem to find out the full impact of the crisis. The survey was conducted online during April 2020. It gathered 165 answers, 115 of which were from Finnish startups.

Startups and the Crisis Impact in Finland

From the ecosystem impact survey conducted by Maria 01, the Finnish Startup Ecosystem faces an unseen situation. According to the study, almost 70 percent of the startups are facing decreased sales. The crisis will have an impact on the runway forecast. Only 16,5% of the respondents see that they will survive over a year in this situation. Almost 60 percent of the respondents have set their runway forecast to under six months.

The most significant impact the crisis has affected startups is sales. A staggering 70% reported that their sales have decreased. Almost half of the startups that responded stated that they have issues with their current or planned funding rounds. The companies that reported decreased sales, 25% have changed their sales forecast to cut down approximately 25 to 50 percent.

However, only 24 % of them predict that their sales will be cut less than 25%. The rest have set their forecast to more than 50% cut in sales. The 6% left of the startups predicted that their sales would go up during the crisis.

When asked about their employees, over half of the respondents stated that their employees would not be laid off, but hiring is frozen for the time being. A worrying fact, is that 20% of the startups are facing layoffs from less than 20% to more than 50% of the personnel. Only 21% answered that they would continue hiring as planned. Almost 22 % of the startups are facing a reduced workforce because of the economic crisis.

Collaboration Is the Key to Success

As part of the survey, we asked the rest of the ecosystem (coworking spaces, accelerators, service providers, etc.) to highlight the most cumbersome situations they are facing during the crisis.

According to the study, over two-thirds are facing decreased sales. Which, as expected, will have an impact on their runway forecast. Only 14 % of the respondents foresee that they will survive over a year in this situation. Furthermore, half of the respondents have set their runway forecast of under six months. These figures show the magnitude of the crisis within the startup ecosystem in Finland.

Despite the companies and entrepreneurs are struggling, it is delightful to see from the survey results that the community spirit is still high and thriving. The vast majority of respondents stated that they have offered their help to fellow entrepreneurs or have been developing ways to support others.

Consultations on building new processes, re-organising marketing and sales, building customer success stories, and redesigning strategies and services are examples of the help the startup community is sharing.

Even though social distancing is affecting the startup ecosystem as well, the community is far from distancing each other.

For the startup ecosystem in Finland to survive the time of crisis, it is crucial to find ways to support the domestic entrepreneurs. The adjusted runway forecast is telling sad news about the current situation. As a result, many large rental owners have decided to cut back on the rental agreements to show support for the SMEs.

The public side can also help by channeling capital to new investors’ private equity funds to maintain the viability of the industry and the possibility of investing in new financial rounds.

To minimize the effect of these kinds of economic crises on the economy of Finland, it requires a strong belief in the future, a positive attitude, and perseverance. All the traits which are typical of entrepreneurs.

Let’s continue to support domestic entrepreneurship even in difficult times!

Below you will find details about the background of the respondents.

The survey gathered a total of 165 answers from different ecosystem players in Finland.  The majority of respondents were startups (115 respondents). Over half (57,4%)  of the startups were in the B2B market, 18,3% are concentrating directly on the end consumer. Furthermore, the leading startup verticals represented were IT and software, healthcare, and life sciences.

Almost half (40 %) of the startups were in their seed round, 15,7 % in the pre-seed round and 19,1 % were self-funded startups. Only 5,2 % of the startups were not looking for funding at the moment. The primary funding sources were 28,9% from angel investors, 18,4% from VC investors and 22,8% stated that they have no outside funding whatsoever. 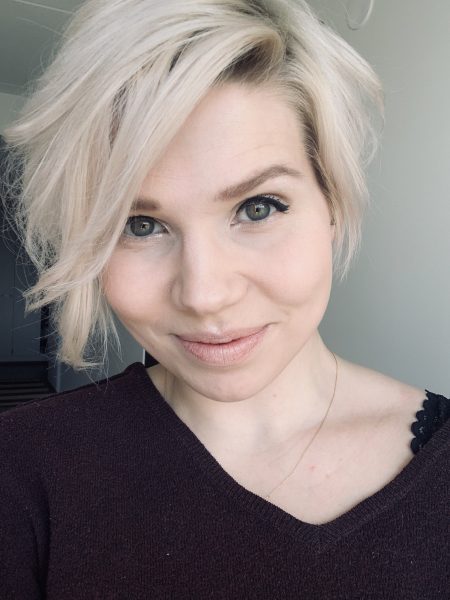 Hanni is the Network Manager of Maria 01. An opened hearted team player who aims at building a meaningful community on the campus. Always willing to make you smile. Find her on LinkedIn here. 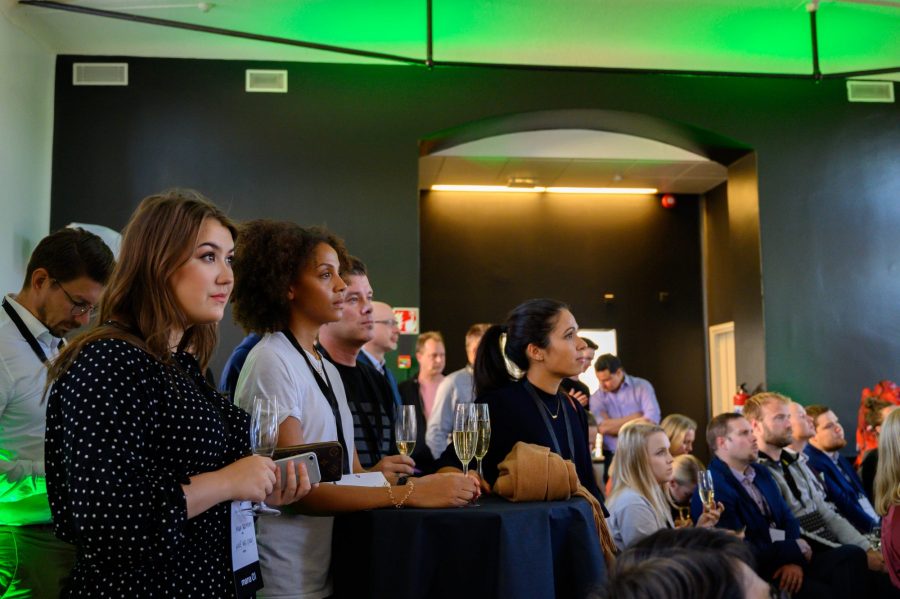 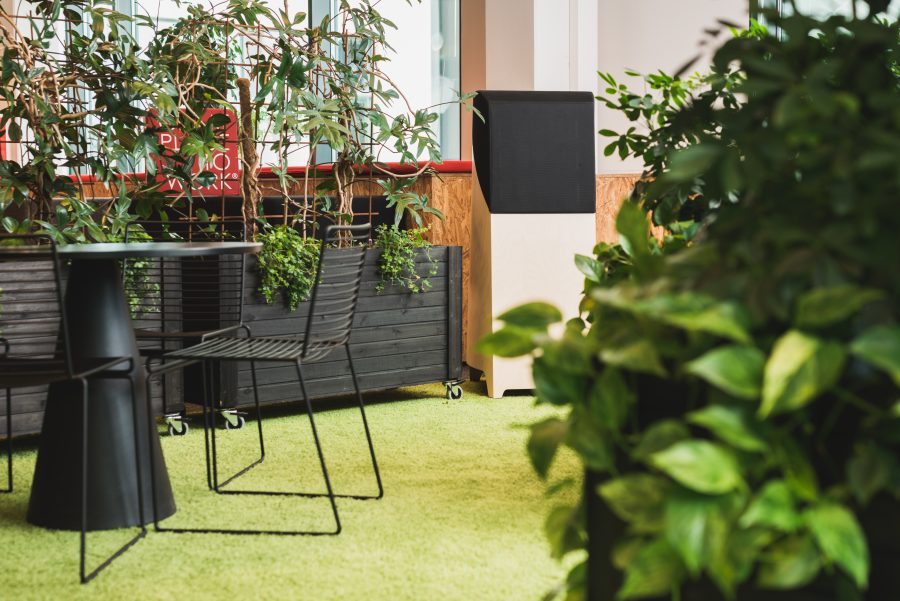 Maria 01: Boosting the Air Quality We Breathe on Campus 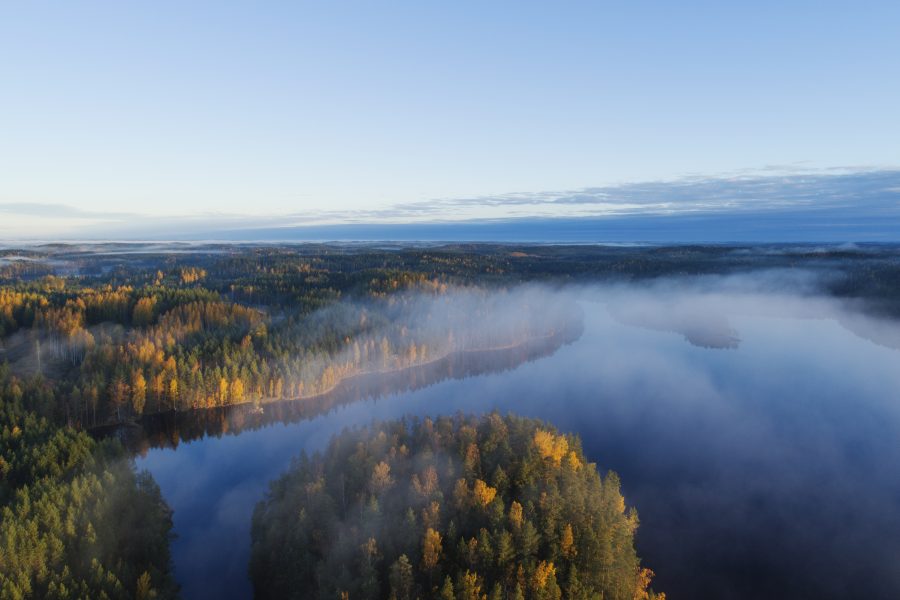 How Maria 01 is Building a Sustainable and Thriving Startup Campus